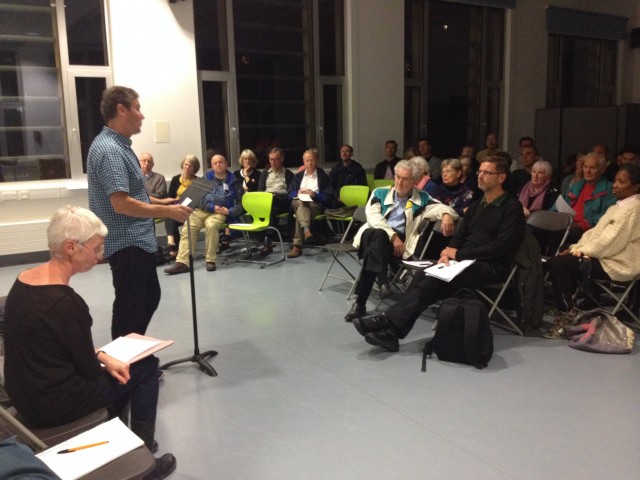 1. Welcome by Debby as chair

He told us that he is a Kentish Town person.

He was for many years a human rights lawyer at Doughty Street Chambers. He was the Director of Public Prosecutions for five years up until 2013.

He was elected in May, following Frank Dobson who had been MP for 36 years.

He has a office in Westminster with staff from Frank Dobson’s period which is open during the week. He plans to open an office in the constituency so that he is more accessible.

He is going out and about with party members visiting people and talking on doorsteps, not associated with electioneering but to gather people’s wishes.

He has surgeries on alternate weeks. These are extremely busy especially as other advice facilities are closing.

The issue that comes up time and time again and represent more than half of the problems is housing.

36 year ago Frank Dobson’s ambition was that there will be affordable housing in the area for transport workers and suchlike essential working people. Keir is now finding it hard to assist consultants at hospitals to find a private rented accommodation that they can afford.

There is gross overcrowding and four people in one bedroom is quite common and this is having an impact on the family’s functioning, failing at school etc.

The government plans to force housing associations and local authorities to sell would be a total disaster (it would have an impact on 37% of Camden Council’s housing stock).

Keir is holding a housing seminar at the British library on Friday to start a discussion about what can be done. Details have been circulated previously.

The second big issue is HS2. Frank Dobson is continuing to be involved. The current plans involve working continuing until 2033 which represents 18 years of disruption and environmental stress for the area

Robert asked if Keir could have influence on the way Camden makes planning decisions. Robert feels this is very restrictive and Camden seem to be looking for reasons to prevent new developments, which limits supply and increases costs.

Answer: It is hard for Local Authorities to borrow money to build and they rely on developers to provide some public housing. A balance needs to be found.

Anne B asked about policy regarding digging out basements which has a huge impact on neighbours, who have no redress. Is Keir aware of any improvement in legislation being considered.

Answer: not aware of any such, nationally or locally.

Debby Said there is a local consortium of residents associations researching this issue and lobbying. Keir said that he could raise matters in a Parliamentary question.

John N raised the question of the Neighbourhood Forum and his involvement with that because it addresses many of these issues.

Keir said he was not very aware of that and would be happy to learn more.

Somebody asked about the reintroduction of rent controls on a national basis.

K replied that he was in favour of some controls. The increase in rents is so high it is making it impossible for ordinary people to live in London, and this is having a huge impact on such things as school staffing.

Danny A queried how a development like the Magnet site was allowed.

David explained that that site had been the subject of a public enquiry following the refusal of planning permission by Camden. There had been a lot of participation by local people but the planning inspector favoured the developers.

There were further questions about HS2 and whether Keir opposes this. Keir said he was hoping to educate his party on the subject. Plans to start work at the London end would just encourage more businesses to stay in or move to London and would not benefit the North.

He has heard from businesses that a better link into London might encourage them to close regional offices and concentrate their staff in London.

The question came up about the disintegration of the country, winner takes all.

Keir replied that both Labour and Conservatives have almost no representation in Scotland, Wales and Northern Ireland and the possibility of a fractured nation is very serious. There is a great disenchantment with politics. Regional devolution must be made meaningful.

He does not like the word social cleansing but the reality is that the poor are being pushed out of central London.

He was asked whether he had other paying jobs as well as being our MP.

He remains an associate tenant in Chambers to finish off cases and keep his legal practising certificate. He is an advisory board member at Leeds University. He continues his campaigning on behalf the abolition of the death penalty internationally. All this is declared in the House of Commons declaration of interest.

Keir was asked what he wanted from us and he replied he wanted contact, information, and to hear people’s stories. He is keen to work together.

Graham said that he worked for the NHS. Fewer and fewer resources and increased demand due to social stress and the ageing demographic. There is an urgent need to integrate the national health service with social care, and there are currently enormous problems. He talked about the needs of the third sector to become involved.

Keir replied that he is convinced that we need to rebuild society and he saw the 08 crash being a defining moment. The postwar consensus is breaking down. The state is being shrunk. The last election was a defining one but Labour lost it and they need to win the next election.

He felt that the party had to reach much further. Currently he’s finding people very keen to talk in the street if they are approached in a way that does not directly connected with party election canvassing.

Tim Gray spoke and wanted to hear what the problems were in the area.

Harriet talked about the issue of the bins in Raglan Street and Anglers Lane. Our street sweeper is not very conscientious and does not sweep the pavement properly. She requested an extra bin in Raglan Street. Generally, more bins for dog mess are needed. Wilkin Street and Athlone Street are particularly bad and the bin at the entrance to Talacre needs replacing. Martin mentioned DNA testing of dog mess to identify dog owners guilty of not cleaning up.

John talked about how businesses from the high street that generate rubbish might be involved.

Lee asked about food recycling and was advised he can request a caddy via Tim or from Camden’s website.

Charles asked about the tow path bins overflowing. Tim said this was probably not Camden’s responsibility but he could use his contacts to address the issue.

Ann B asked whether the weeds in the street were being sprayed. Tim said that spraying was restarting; dead weeds would be cleared away after 2 weeks. The people doing this had been made aware not to harm flowerbeds under the trees.

Hilary praised the speedy and efficient response of the council in collecting large items of rubbish, and Graham congratulated Tim on what is overall a good service. Debby added our appreciation for the wonderful service around the Street Fair

The next meeting will be the AGM/party, in late November. Details to follow.

With thanks to Collège Français Bilingue de Londres for their hospitality.