The 1849 and 1860 maps really show the sudden development of the area. There are no details of the source of the maps. They are clearly the same map which has been added to 11 years on. They seem to be planning maps with some details sketched in – possibly in advance of the actual building? Not sure how accurate they will be for the dates. They need cross checking with Rate Books and census records.

The 1849 map shows some substantial houses along Grafton Place and its clear continuation as Prince of Wales Road. The Fleet is still visible North of Anglers Lane but goes underground from there on. Grafton Road has been tidied up and is not a lane. One house is shown with a shadow of another. There are some houses at the South of Willes without any actual road shown. 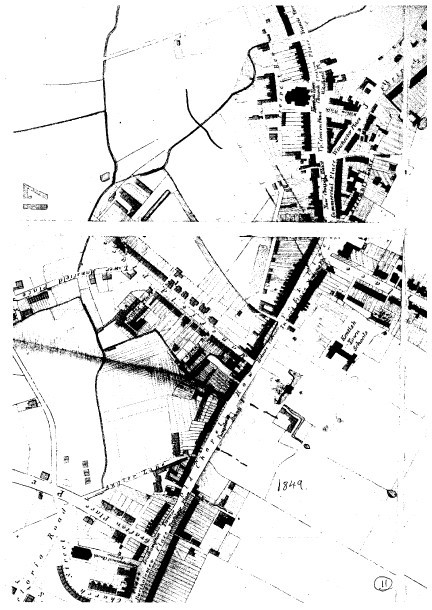 The 1860 map shows Willes, Grafton and Inkerman – all named and Alma Street un-named. 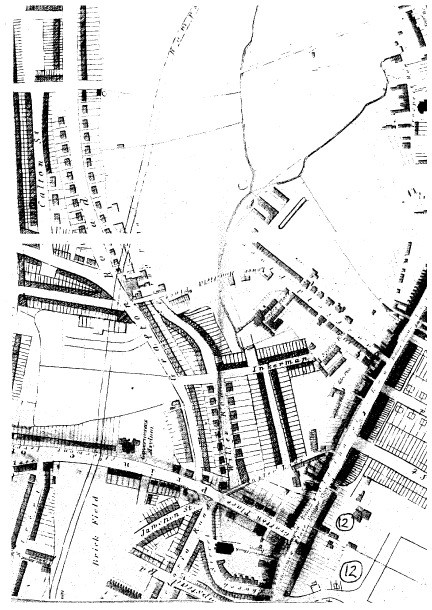